A connected approach to global sustainability

Last month UKCRIC’s Stakeholder Advisory Group held its inaugural meeting. I took the opportunity to meet with its chair, Mark Enzer OBE FREng, alongside the chair of UKCRIC’s International Advisory Board, Lord Robert Mair CBE FRS FREng, to get their thoughts on UKCRIC and the landscape within which it operates.

I started by asking what would be the impact on the transformation of infrastructure and urban systems if there was no UKCRIC to help deliver it.

There would still be infrastructure and there would still be projects. However, in my view, without initiatives like UKCRIC, these wouldn't be nearly as innovative, resilient and as relevant, particularly with regard to the Government’s net zero targets.

When we think of infrastructure, we often think of roads, rail, utilities, green spaces, houses, large buildings and so on. All of those things will continue, of course, but without UKCRIC they would simply be more of the same. We need to be more innovative. For me, UKCRIC’s collective strength is in working out how to develop cities and infrastructure in ways that are sustainable. Its value is in determining whether we are building the right things, making the best use of resources, and whether these developments will be of use to society and improve people’s lives. UKCRIC’s strength is in its network of research partners from multiple institutions and disciplines. This is where UKCRIC adds value and why I think it is needed.

Our infrastructure and our urban systems are becoming ever more connected and ever more interdependent. And they must address ever greater challenges: achieving net zero and climate resilience, providing equity and security in our infrastructure, and even things like moving towards a circular economy and promoting biodiversity. These systems-level challenges demand systems-based solutions – they can’t be solved in silos.

Where UKCRIC is so powerful in this space is in making connections – connections within and between academia, industry and Government. All the universities that are involved in UKCRIC are individually doing really good stuff, but without UKCRIC it wouldn't be joined up. UKCRIC is demonstrating there's a more connected way, a way that has understanding systems at its heart.

Given the need for innovation, a joined-up approach and systems thinking, I asked how UKCRIC’s International Advisory Board and Stakeholder Advisory Group add value to what UKCRIC has to offer.

UKCRIC has got this amazing network of facilities and expertise with fantastic potential to address global challenges. We can, of course, always do more to realise this potential. This is where I think the International Advisory Board can help steer UKCRIC towards real opportunity, to further the causes of infrastructure and cities by drawing on international perspectives and achieving global impact.

Infrastructure and urban challenges are amazingly complex and require a multi-disciplinary approach. So, the fantastic diversity of expertise in UKCRIC’s Stakeholder Advisory Group is hugely valuable.

It’s a great privilege to be part of this group of leading industry representatives, hearing all the contributions on addressing infrastructure and urban challenges. Each member of the group brings a different perspective, some of which are more and some less comfortable to hear, however all of them are valid and valuable. It’s this diversity of thought that gives such a rich picture of what UKCRIC is and how it can achieve its objectives.

Finally, I asked what they thought needs to happen more rapidly to support innovation across the sector.

Advancing the net zero agenda needs to be high on the list. This is a difficult challenge because the idea of building, of more concrete and steel, doesn’t fit well with the net zero agenda. At the same time, cities and society need to flourish and that requires modern infrastructure and urban systems. UKCRIC’s strength is in working out how to develop infrastructure and cities in a way that is sustainable, engages the public, and has the support of the public, without doing the more conventional civil engineering construction.

For me it’s about systems-thinking and connectivity – having a model that works for infrastructure and cities. That model needs to be outcomes-focussed, systems-based and community-enabled. Our transport systems are completely reliant on our energy systems, and our energy systems are completely reliant on our communication systems – and vice versa. It's all interconnected, but it’s currently managed in silos. So, we need a more joined-up approach, which is what UKCRIC is all about. If we don't get good at this, then we won’t achieve the better outcomes for people and nature that we all crave. 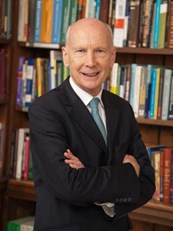 Lord Robert Mair is the Founding Head of the Centre for Smart Infrastructure and Construction (CSIC) at Cambridge University and Emeritus Professor of Civil Engineering. After working in industry for 27 years, in 1998 he was appointed Professor of Geotechnical Engineering at Cambridge and Head of Civil Engineering. He was Master of Jesus College 2001-11. He is one of the founding Directors of the Geotechnical Consulting Group (GCG), an international consulting company based in London, and has extensive experience of design and construction for a wide variety of civil engineering projects in many countries, particularly those involving geotechnical issues and underground construction.

He was President of the Institution of Civil Engineers 2017-18 and until recently Chairman of the Department of Transport’s Science Advisory Council. He is a Fellow of the Royal Academy of Engineering, the Royal Society and the US National Academy of Engineering. He was appointed an independent crossbencher in the House of Lords in 2015, and until recently was a member of its Select Committee on Science and Technology and its Select Committee on Risk Assessment and Risk Planning. 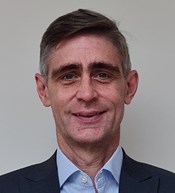 Mark Enzer OBE FREng is a keen champion of digitalisation in the built environment and he is particularly interested in: outcomes-focused systems-thinking, digital transformation, connected digital twins, data infrastructure, low-carbon sustainable solutions and the circular economy. Mark is a Strategic Advisor at Mott MacDonald and he is the Royal Academy of Engineering Visiting Professor in the digitalisation of the built environment at the University of Cambridge. Previously, Mark was the CTO of Mott MacDonald and the Director of the Centre for Digital Built Britain, where he was the Head of the National Digital Twin programme.

Some of these cookies are essential, while others help us to improve your experience of our website. Find out more: